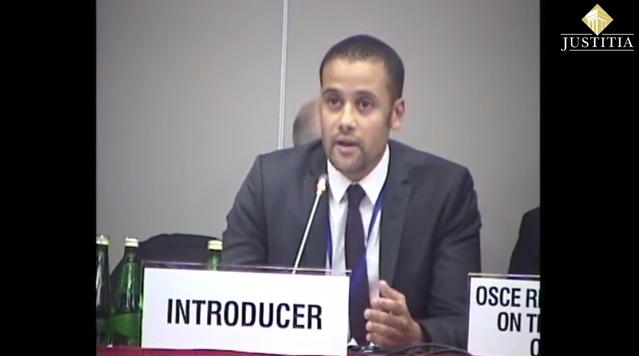 40 years ago the Helsinki Final Act was adopted, committing Europe to a framework of human rights across the Iron Curtain. The Helsinki Framework empowered dissidents in closed societies, giving them a voice that contributed to the defeat of totalitarianism. Among the freedoms most cherished by those dissidents was freedom of expression as highlighted by the Charter 77 whose drafters lamented that

But while the Helsinki Final Act ushered in a period of renewed hope and optimism by piercing the wall of censorship and repression, today the Helsinki Process’ legacy of furthering freedom of thought, conscience and expression is being rolled back. Not by a totalitarian superpower, but by a thousand cuts of often more sophisticated and sometimes even well intended repression.

And lets be clear: these are dark times for freedom of expression. According to Freedom House global press freedom is at its lowest point in more than ten years with noticeable declines in both Europe and Eurasia. As of 2015, by my count, 26 journalists were imprisoned in OSCE states. These include Azerbaijani investigative journalist Khadija Ismayilova sentenced to 7½ years in prison for doing her job by exposing corruption. From 2010-2015, by my count, 21 journalists have been killed in OSCE countries, some by extremists, others seemingly with impunity and indifference from state actors.

Let me get specific: Terrorism is a very real problem threatening innocent lives and political stability. In fact Terrorism may itself constitute a threat to freedom of expression as we saw with the attacks against Charlie Hebdo in Paris and a free speech debate in Copenhagen, creating an “Assasin’s Veto” spreading fear and self censorship. As such, governments have a right and duty to counter this phenomenon. Yet counterterrorism measures also risk erring on the side of restrictiveness. Let me provide you with just a few examples: in Denmark a man was recently convicted for glorifying terrorism on social media for among other things sharing quotations from the Koran. In the UK a woman was sentenced to one year in prison for downloading an Al Qaeda publication “which was likely to be useful to someone committing or preparing an act of terrorism”, despite not being involved in terrorism herself. In France more than 50 people were charged with glorification of terrorism, only days after France’s president and other world leaders had declared freedom of expression inviolable as a response to the Charlie Hebdo massacre. In Turkey, three journalists from Vice News were recently arrested on manifestly absurd terrorism charges with freelancer Mohammed Ismael Rasool still languishing in jail. Amid a climate increasingly hostile to independent media, Turkish prosecutors have also launched a terror related investigation of the Dogan Media Group.

I know that many of you present here today are working tirelessly to counter the evils of discrimination and racism, that once again is rearing its ugly head on a continent where so much misery has been caused by ideas of national, ethnic, racial and religious superiority. And one of the most contentious issues relating to free speech is to which extent expressions that are deemed “offensive” or “hateful” should be prohibited. UN Conventions, EU law and case law from the European Court of Human Rights has made clear that international human rights law does include red lines when it comes to content. But I would argue that it is time to reconsider this approach, and ask ourselves a fundamental question: does a genuine commitment to tolerance, equality and non-discrimination really depend on restricting the very freedom that has made possible the articulation and spread of new and progressive ideas from religious toleration, abolishment of slavery, the equality of the sexes, criticism of apartheid and the rights of LGBT persons?  Almost without exception every moment fighting for the progress of human affairs have been met with censorship and repression. Those who carry the torch of progress and freedom today, should think twice about adopting the tools of those opposed to progress, even if the intentions are pure.

It also seems to me that there is very little evidence that restricting free speech helps defeat intolerance, in fact it may be counterproductive. In 2010 Dutch politician Geert Wilders was on trial charged with hate speech for his well known anti-Muslim statements, yet six months later he had won 15 new seats in Parliamentary elections. No doubt the publicity and opportunity to play the victim during the trial helped his appeal. The former leader of France’s Front National has been convicted of incitement to hatred numerous times and in 2013 a case was being prepared against that party’s current leader. Yet Front National is more popular than ever.

While minorities may be offended by disparaging comments, insisting that freedom of expression be restricted to protect them from racism and offence, is a very dangerous game at a time where far-right movements with questionable commitment to liberal democracy are on the rise. In this context it should not be forgotten that Geert Wilders wants to ban the Quran, new Mosques and Islamic Schools, and that Marine Le Pen wants to ban religious head wear, including the Jewish kippah. The freedoms that allow bigots to bait minorities are also the very freedoms that allow religious minorities such as Muslims and Jews to practice their faiths freely. By further eroding these freedoms, no one is more than a political majority away from being the target rather than the beneficiary of laws against hatred and offence.

But in the context of the OSCE with its diversity in member states and their form of governance, it is also important to warn against how such laws may be abused by governments to target dissenting voices. It is worth repeating the words of Eleanor Roosevelt who during the drafting of article 20 of the ICCPR, warned that obliging states to prohibit hate speech QUOTE “would encourage governments to punish all criticism under the guise of protecting against religious or national hostility.” Not a single European democracy voted in favour of Article 20 in the General Assembly. And Roosevelt’s warning would soon prove prophetic.

While the drafters of Charter 77, including Vaclav Havel, spoke of freedom and human rights. The Czechoslovakian chief prosecutor determine that the chartists had committed a crime by QUOTE “clearly pursuing the aim of evoking hatred and hostility towards the socialist social and state system of the republic”.

The danger highlighted by Roosevelt has not disappeared with the end of the Cold War. In Kazakhstan journalist Alexander Kharlamov was held in prison on remand for months and subjected to forced psychiatric evaluation after being charged with “incitement to religious hatred” for online atheist criticism of religion. In Russia a woman was investigated and had her laptop confiscated for incitement to ethnic hatred after linking to documentaries on the Ukraine conflict, on her social media accounts. In Belarus human rights defenders were banned from holding a rally protesting war and the existence of political prisoners on the grounds that the rally promoted extremism and ethnic hatred. Outside Europe the member states of the OIC are working hard to expand hate speech laws to include criticism of religion.

How can these abuses be effectively countered if democracies themselves adopt vague laws against hatred and extremism and when human rights defenders don’t oppose such flagrant violations of freedom of expression on principle but want to draw an inherently blurred line less restrictively?

The problems I have highlighted above are deepened by an incoherent patchwork of international standards and major differences in approach by international institutions. The European Court of Human Rights for instance has allowed both blasphemy bans and Holocaust denial laws as compatible with freedom of expression and also affords a wide margin of appreciation when it comes to terrorism and hate speech.

The Council of Europe’s Human Rights Commissioner has gone even further proposing a Europe wide ban on gender based hate speech and Holocaust denial. On the other hand, the UN’s Human Rights Committee has clarified that blasphemy bans and memorial laws are incompatible with freedom of expression in Article 19 of the ICCPR and that ratifying states must demonstrate the strict necessity of all infringements with freedom of expression, which contrasts with the margin of appreciation under Strasbourg case law.

These discrepancies matter. Because the differences in protection create loopholes and help legitimize further restrictions on freedom of expression, even if states adopt them in bad faith. Memorial laws provide a depressing case in point: Memorial laws can be used to entrench specific versions of history used to bolster those in power and marginalize opponents. In Ukraine new laws have criminalized the denial of the crimes of Communism during Soviet Times. Russia on the other hand has made it a crime to distort the role of the Soviet Union during World War II. Quite literally one country’s truth is the other country’s crime. And while denying historical crimes is morally reprehensible, only academic freedom will allow historians to offer compelling evidence of past crimes that we may use to avoid repeating those crimes in the future.

I’m therefore delighted by the work of Representative Mijatovic who has continuously insisted that hate speech must be fought with free speech and resisted the calls to lower the bar on the plethora of sensitive issues that make up the lists of “buts”. If adopted internationally such an approach would entail a much more robust protection of freedom of expression, and much less leeway for those states who seek to silence criticism.

Rather than new and futile attempts to ban extremism and hatred, including on social media, we should be heeding the call of Representative Mijatovic by doubling our efforts to counter the narrative of religious extremism, exposing, criticizing and ridiculing the racists and bigots and mobilizing the forces of tolerance, equal citizenship and non-discrimination. In that great endeavor, freedom of expression is part of the solution, not the problem. Thank you. 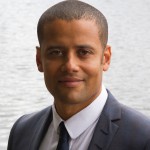 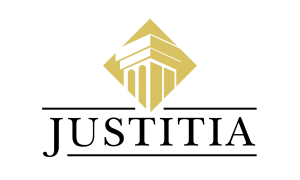 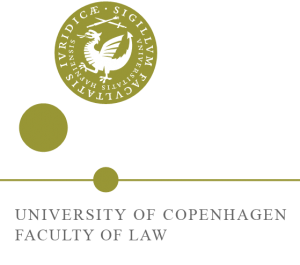